A couple of weeks ago on our Facebook fan page, we asked the following question, just to see how people would respond:

“If I gave you $50 today, with the condition that you had to spend it on “art”, what would you do with it?”

The question was very popular. We immediately received a ton of wonderful answers.  85 in all.

Later that night, talking with Sara, we thought it would be fun to actually fund a few of the responses that were posted.  It wasn’t something that we had thought about when we asked the question.  We were just curious what people would say.

One response that we liked a lot came from Ché Francisco Ortiz.  He wrote:

“Buy a ton of sidewalk chalk and give it out to every kid i saw at the park or boardwalk.”

So that night we sent Che $50 to buy his chalk via Paypal.

This past weekend Che bought the chalk and headed to the boardwalk.

Yesterday we received a link to Che’s Flickr site which includes tons of photos of kids and their parents drawing and having an amazing time.

We were absolutely thrilled. 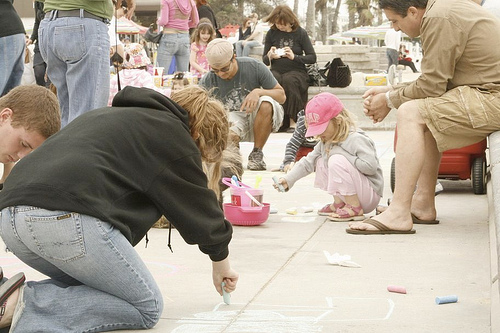 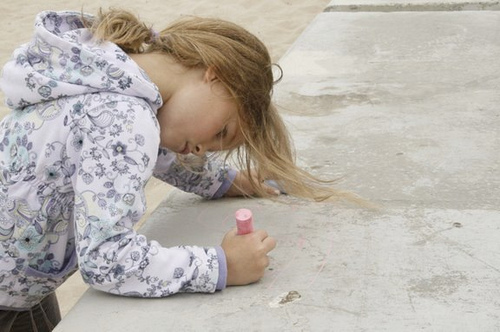