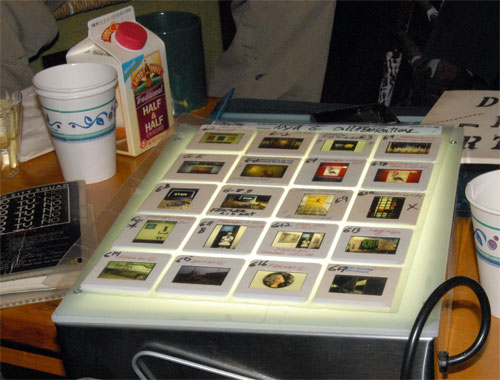 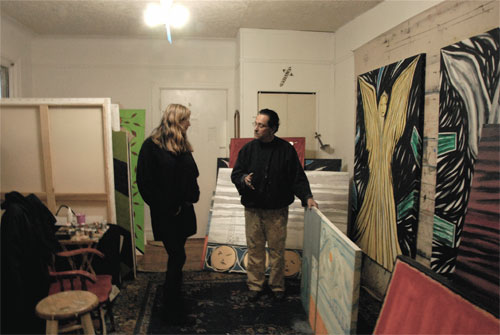 For Sara and I, one of the great rewards of putting together the Wooster on Spring project was having the opportunity to get to know a few of the true icons that pioneered the urban art movement in the late 1970’s and early ‘80’s.

Before you can understand today, or look into the future, you have to look back into the past and respect the people who paved the way.  And because of this, we felt it was important to have artists like Daze, Lady Pink, Doze, and Blek Le Rat working alongside younger artists like Rekal and Judith Supine inside 11 Spring.

Two of artists who we both felt extremely honored to have included the show were John Fekner and Don Leicht.

For us, John Fekner‘s pioneering stencil work is as important to the history of the urban art movement as the work of artists like Haring, Basquiat. It was artists like Fekner, Leicht, Hambleton and others who truly held down the scene back in the early 80’s. 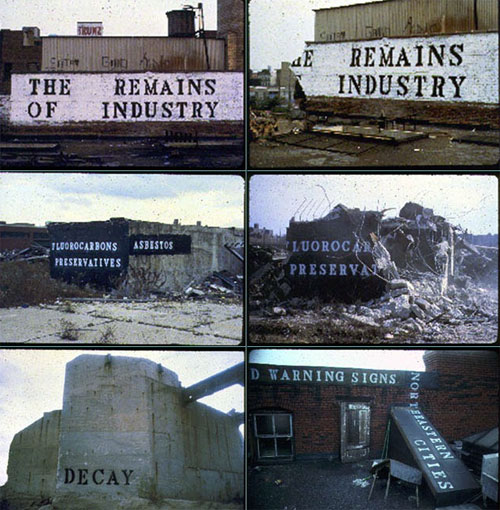 So on Saturday, Sara and I had the great pleasure of being invited by Fekner and Leicht out to their studio in the Bronx.  Both artists were extremely gracious, not only in showing us new work that Don has been making, but also in pulling out and showing us photographs, slides, videos, books, and artwork that defined the seminal period in the late 70’s and early 80’s in New York city.  It was a fantastic couple of hours.  (Although, we’re still kicking ourselves that we didn’t bring a video camera to record the conversation.) 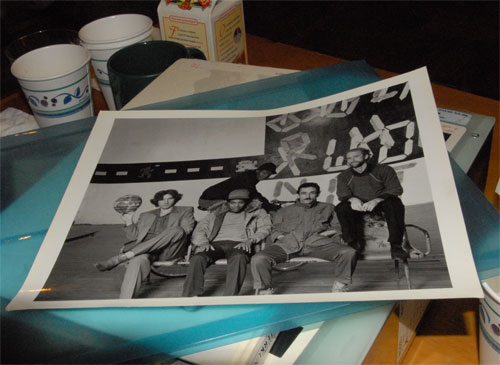 The archive that Fekner and Leicht have is absolutely incredible.  Working with Jeewon Shin, John is now going through all of his old slides and videos and painstakingly digitizing all of it.  Looking at photographs from shows like Fashion Moda in 1980 reminded us that there was a time in New York when shows like Wooster on Spring were not so rare.

Seeing some of the early videos that John made back in the ‘80’s was great fun.  But what was more important was hearing the passion that both John and Don still have for their art.  It was truly inspirational.

One of the videos that John showed us on Saturday was Concrete People, one of the early video art pieces that John made in the 80’s with a team of artists and musicians including Dennis Mann, Andrew Ruhren, Fred Baca, Jimmy Recchione, Sasha Sumner, Sandy Mann, Sandra Seymour and others.

Watching the video, we realized that not many people get to see this type of work that was done before people had access to the digital tools that they have today.  We encouraged John and Jeewon to start to upload some of the old footage and photographs they have to Youtube and Flickr.

We were extremely pleased that yesterday we received an email from Jeewon that our conversation had compelled her to upload Concrete People to the web.  You can now watch it for the first time in many years by clicking on the image below…

Our hope is that in the coming months and years, perhaps with our help and involvement, true legends in the art world like Fekner and Leicht (and Hambleton) will begin to get the recognition and that they truly deserve.