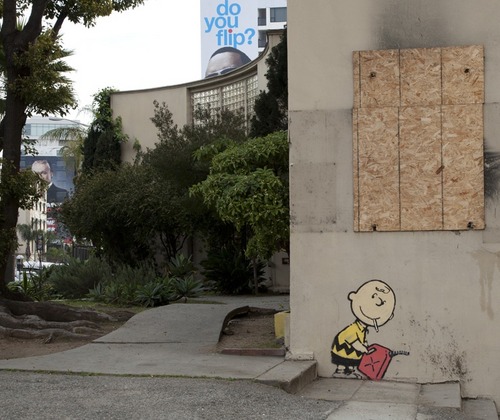 It’s now became clear that Banksy has indeed been spending some quality time in Hollywood.

Early this morning actress Lauren Conrad (The Hills) was the first to spot and tweet out one of the new Banksy street pieces - the Crayon Boy.

Then later this afternoon, a second piece featuring Charlie Brown (shown above) was also spotted.