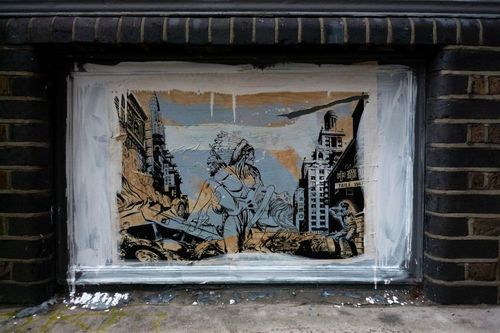 Unfortunately it’s become somewhat common for work on the street to be stolen as soon as the artist starts having success in the galleries and auction houses.  Last night Romanywg told us about a series of “Fake Faile’s” that turned up on the streets of London,  pasted up in the exact same places that the original Failes were stolen from. 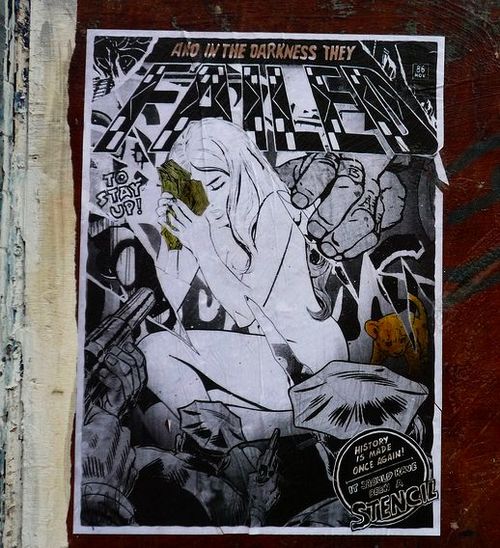 They read “And In The Darkness They FAILED To Stay Up” and at the bottom it reads “History is made once again, it should have been a STENCIL”. The evil hand of Ebay appears over the girls shoulder.

(Not surprisingly, one of these “Fakes” is already up for sale on Ebay already!) 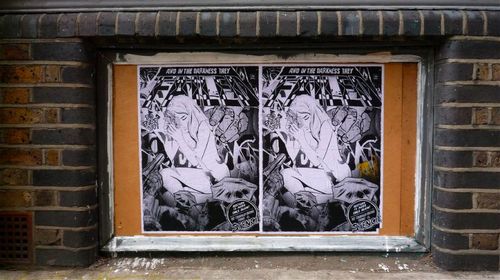