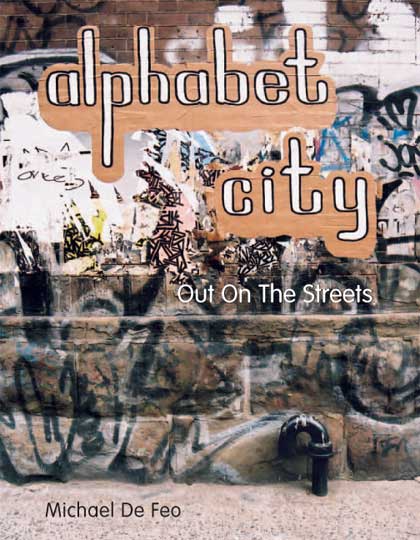 It’s been almost three years since we first met Michael DeFeo and
his wife Kristen. As far back as we can remember, Michael’s been talking about
doing a street art book that would be for kids, but loved by adults as well. />
Now, just over a year after having his first child, Michael’s book will
finally be in the stores. In the coming weeks Ginko Press will be releasing href="http://www.alphabetcitybook.com">ALPHABET CITY. We’re absolutely
thrilled for Michael as we know that this project is a true labor of love. We’re
also pleased to say that the book is really terrific. This past summer we got a
sneak peak, as Sara and I were very honored to write the introduction.
/>To put the book together, Michael spent months on end creating and then
pasting up in terrific spots all over New York, street art with each piece
representing a single letter in the alphabet.

With so many artists
having their first child in the last two years (Dalek, MCA, Vinne Ray, to name
just a few), ALPHABET CITY is incredibly timely.