“The first time I went to Belgrade was from Budapest and the train ride was probably the most unpredictable and uneasy ride of my life. The Second time I went to Belgrade I was arriving from Sofia, Bulgaria was one of the most scenic train rides I feel I have ever experienced. The Train route went thru thick Forrest’s that ran parallel to a blue and green rivers and large mountain ranges. Once in Belgrade this city was something like none other city I could relate to. The city had a European Feel but at the same time still held true to its natural charms and characteristics. The Graffiti and Street scenes in Belgrade appeared to be young but growing at their own unique pace and style.

*A big thank you to OGI for letting me sleep on your floor and ANGEL, BOEM, LORE and KATA for taking me around Belgrade for painting and late night fun.”.. Above 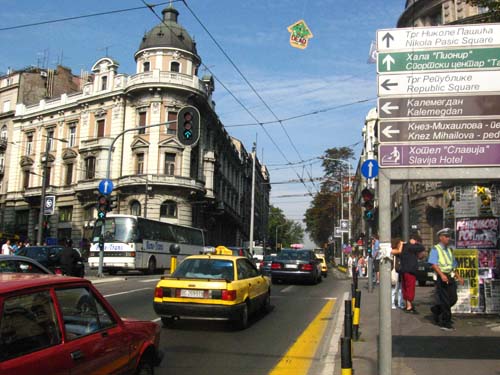 On May 7th, 1999 Operation Allied Force (NATO) bombs hit the Chinese Embassy in Belgrade. The United States and NATO later apologized for the bombing, saying that it occurred because of an outdated map provided by the CIA. The Building of the Ministry of Defence which is considered to be the masterpiece of post-war architecture was also
bombed in 1999 from NATO attacks. Both Bombed out NATO buildings are on the same street line that runs thru Belgrade. That Street is known by locals and news reporters as the DEAD/LINE. It was very shocking I must add to say that the bombed out Embassy and the Ministry Buildings remains are still very visible and un-repaired. 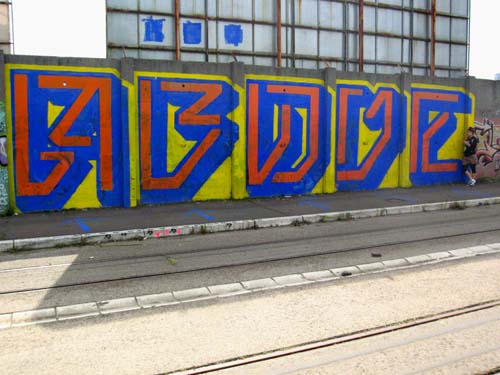 In Serbia the Alphabet is called Cyrillic. Cyrillic has a lot of edges and angles in their letter structures. Not many alphabets can even come close to Cyrillic in style and form. Unfortunately these letters are made a free/style and have nothing to do with the Cyrillic Alphabet. Shame on me!