“Every time I go to Amsterdam I’m expecting and ready for a Wild/Ride and ever year Amsterdam never lets me down. This year I didn’t get arrested by the police like last time, but being in the Red/Lite district at 4:00 in the morning hanging arrows has its own threats. Being chased by Drug Dealers, Tweakers, and Pimps every night was quite an adventure to say the least. I gotta give a huge THANK YOU to Chaz and Tina of The London Police for letting my stay with them for the 2nd year in a row. Skin Up to GALO, ABNER PREIS, WAYNE HORSE, and the wonderful people at the BELGIUM BAR for the free Pints!”
... ABOVE 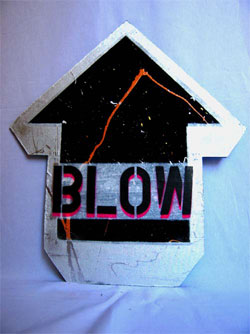 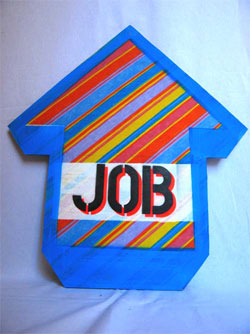 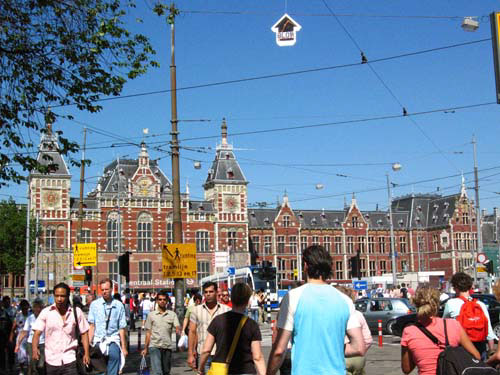 This is not the first time a Blow/Job has been seen in front of Amsterdam’s Centraal Station! I felt this Word/Play was more than suitable for Amsterdam’s open prostitution laws. 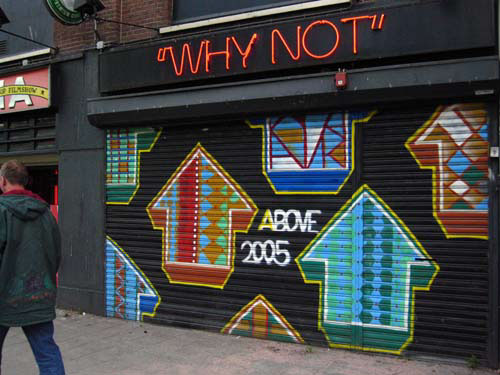 I got arrested by Police just seconds before finishing this piece in Amsterdam.
I was literally putting the final touches on the “ABOVE, 2005” with yellow when they came and stopped me. I had been there for 2 hours painting illegally and they came in the last 6 seconds.

I don’t blame you if you don’t believe me! I still scratch my head about the timing of this one.