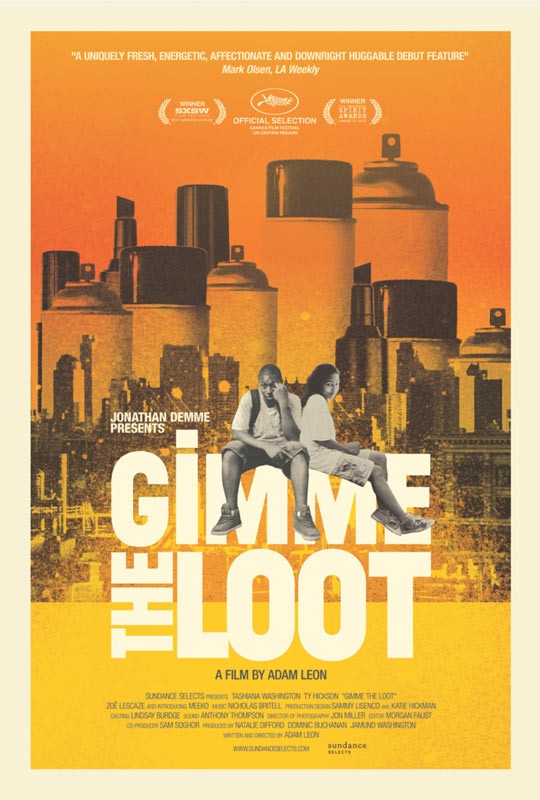 We're thrilled to be working with IFC Films / Sundance Selects on the release of one of our favorite independent films of the year, Adam Leon's wonderful little gem, Gimme The Loot.

If you've ever wandered the boroughs of New York City, or even grew up here, then you'll absolutely relate to the film's coming of age tale of two young graffiti artists on a mission to tag New York's ultimate "get": The Citi Field Apple.

Jonathan Demme, who is a presenting producer of the film says of Gimme The Loot..  “Knowing that Gimme The Loot is — astonishingly — Adam Leon’s first feature most certainly adds to the film’s extraordinary sense of achievement. But the sheer entertainment value of this very smart, hilarious, and heartfelt movie made by young filmmakers about contemporary young people, filmed and played with great freshness and originality, is what makes Gimme The Loot a truly thrilling experience — this is really one crazily accomplished American motion picture debut.”

If you're in the New York City area, we're hosting a very special screening this coming Wednesday March 13th at 7:30 pm in Manhattan with a Q&A with the filmmakers and cast immediately following the screening. If you and a guest would like to join us, email us at woostercollective@gmail.com and we'll send the first 25 people the location and details. In the meantime, check out the trailer below and the films fantastic Tumblr site.

Look for Gimme The Loot to hit theaters across the United States beginning Friday, March 22nd.