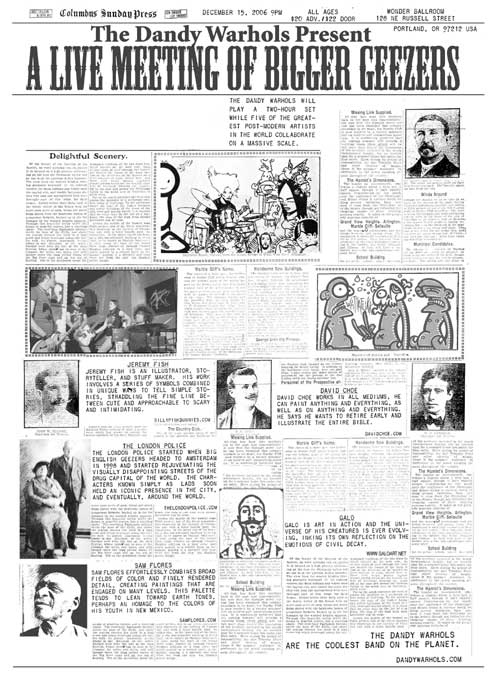 The 15th of December should be an amazing night not only in New York but also across the country in Portland, Oregon.

For a few years now, Chaz from the London Police has been telling us about his dream show - a concept where a group of amazing artists would paint live while the Dandy Warhols perform to a small audience of fans.

Well on the 15th of December the event - A Live Meeting of Bigger Geezers - will finally take place.  Kicking off at around 9pm at the Wonder Ballroom in Portland, The London Police, David Choe, Sam Flores, Jeremy Fish and Galo will all be painting while the band performs.  Tickets are an amazing low $20.  (Immediately after the gig, The London Police will board a plane to be in New York for the second day and evening of Wooster on Spring)