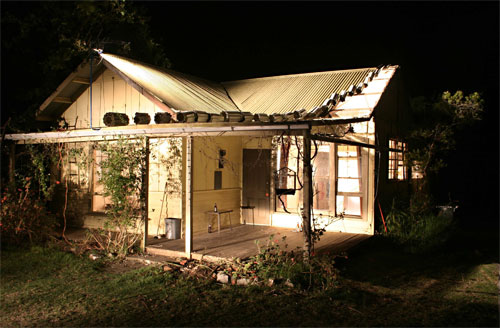 “In February 2007, a group of artists, eight in all, traveled to a house located at 26 Surf Street at Merrick’s Beach in Victoria Australia, with a rare opportunity to do whatever they wished with the house, but with only a few days to work before demolition began. The group had met a few times, and had loosely discussed possible ideas, but there was no common project that necessarily united them. Some members knew the owners of the house, others came to the house as strangers, armed with tools and industrial equipment..”

You can see the documentation of the project here.