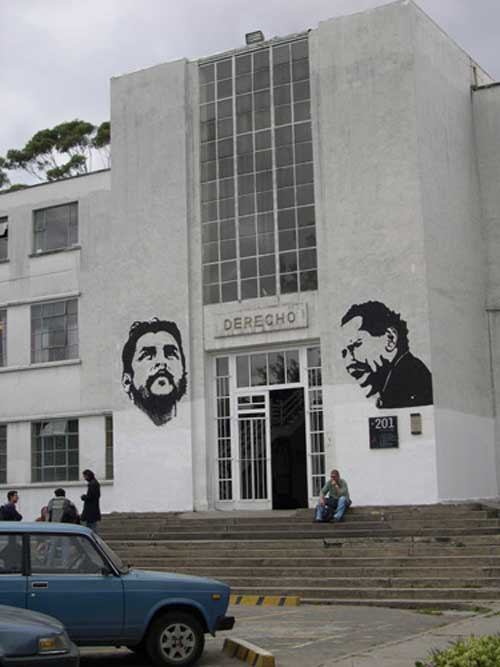 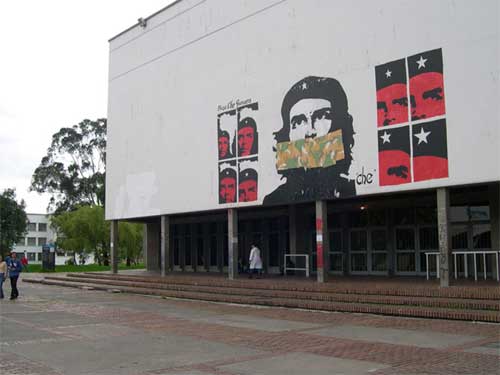 From Andres and Maria:

“Anyone who has visited a public University in Latin America has probably seen this kind of graffiti art. This photos where taken at Colombia’s largest public university (Universidad Nacional “la Nacho”) in Bogotá.  Every year the university’s campus is painted white (Universidad Nacional is sometimes called “la ciudad blanca” the white city”. Most buildings where designed by german architect Leopoldo Rother following Bauhaus principles of purity.

It is interesting that this is traditional aesthetic that has been passed generation to generation of students for decades.”